OLD UGLY Recording Co. ~ The Blood When You Brush ©™

OLD UGLY Recording Co. began in 2009. One of our earliest releases was BIKE MONTH, Doug Hoyer’s collaborative side project, which brought together many of the artists who would shortly join the collective and make it the magical dragon it was for four solid years. In 2013 OLD UGLY, as an entity, gently fizzled into dormancy, but the artists who operated under its aegis continued to be the prolific and talented individuals they always were, releasing records and playing shows.

Now, two years later, it was decided that OU needed a proper send off. With that in mind, Doug Hoyer set out to create a third BIKE MONTH album to bring us all together in the collaborative spirit that made the heart of this collective beat so loudly. Last night we headed down to the river for the final Folk Fire to honour our canon and our community. We remembered the simple joy of music and camaraderie that ultimately fuelled this hair-brained scheme from the start. Today we play this 53rd album at top volume and celebrate whatever legacy OU has accrued.

This album is about community. OLD UGLY was about community. The art we made was in large part a by-product of this community. We hope you enjoyed it. Now, as we say goodnight to Old Ugly, we encourage everyone reading this to continue following these magnificent artists, and we implore you too to band together with your creators in kind as we did, if not for the art, for the beers and jokes and someone to reminisce with when you’re old and ugly.

Go forth and foster.

Layne L’Heureux has pressed further. United Hotcake Preferred spans new wave, garage rock, shoegaze, synth yawns, and everything in between. Funeral of a Former Self is accompanied by a fantastic video. Jessica Jalbert and Jackie Nuc find space on the album. Layne has united the hotcake of his many songwriting adventures to offer us the most panoramic exploration of his brain to date. All you Vonnegut creepers out there are probably puzzling over the familiarity of this new album’s title. cf. The Sirens of Titan, friendos!:

“United Hotcake preferred,” said Fern. United Hotcake preferred was a favorite joke of his. Whenever people came to him, begging for investment advice that would double their money in six weeks, he advised them gravely to invest in this fictitious stock. Some people actually tried to follow his advice. —p.67

Check out the video and buy the album (pay what you can):

Jesse & The Dandelions, long standing supporters and dear friends of OLD UGLY, are officially joining the realm of the aging uglying Edmontonians whose souls float in and out of this collective. We welcome Jesse Northey as he moves from Lethbridge to the tender residences of this cold frontier outpost . Their new full length record, A Mutual Understanding, will rock your life to death. It appears on October 15th. Edmonton release show date to be announced soon! As of today the album is streaming on EXCLAIM.CA. Check it out!

Ghost Cousin’s OU debut and first full length, SCOTLAND, is on the shelf and coming to your homeplace. Cop a record and go see them in their handsome flesh. The magic can be yours!

Old Ugly is a family of musicians who are as thick as thieves, inside and outside of the furious creative realms of music. The Ghost Cousin boys have been a part of that family for a couple of heart-felt years now, and it gives us great pleasure to officially welcome them to our weird little collective-label. SCOTLAND, Ghost Cousin’s slow-cooked debut full length, will appear on August 21st at Wunderbar and online, followed by an expansive Canadian tour. The first single, “Breakfast and Tea,” is streaming below and on their bandcamp. Soak in the au jus of this progwave pop syndicate.

We return to our river place for unplugged music and boozey fraternization’s. Please join us! All are welcome, free, 6pm, byob, etc.

Doug Hoyer – To Be A River

Doug Hoyer has become the river!!! His dance rudiments have skipped easily onto higher plateaus of creation.Blending liberally the grime and grease of 80s new wave with his kaleido-pop senses, Hoy-boy has refracted new kinds of light with this one. The creative energy of his Bike Month records seems fully realized in his time honoured song-writing specialties. Listen for a multitude of well laid production choices and off camera winks. These jams are glorious! Release show is June 15th at Haven Social Club with Cantoo. Album is available for purchase here. Step to this!

The day has finally arrived. Honey+Bread is out. Michael Hamm has laboured over this masterpiece for five years, investing his vibrant character into his intuitive writing voice and self-honed production profile. This album could double as an anthropology thesis (method: participant-observation) on contemporary North American courting rites and the experience thereof. That this ethnography is transmitted through a rap album is an additional comment unto itself. Dig deeply into this hilarious but nevertheless sincere and heart-felt report on coming-of-age in Edmonton, AB.

The release show is June 6th at Wunderbar with Mitchmatic, The Joe, and Big Ben. Facebook event here.

Doug Hoyer is one of Old Ugly’s most celebrated artists. After Walks With The Tender and Growing Night appeared in 2011, the attention our homey little cadre was getting began to snowball. In the time since then, Doug has toured tirelessly while pecking away at this new gem. To Be A River contains two years’ fruits of pop experimentation and inward gazing. It’s a veritable triumph, friends! The album will be available online on May 28th and on vinyl and plastic on June 15th at a dual release show with Cantoo (Aaron Parker). Spread the word. Augment your summer! Singles and show info below. 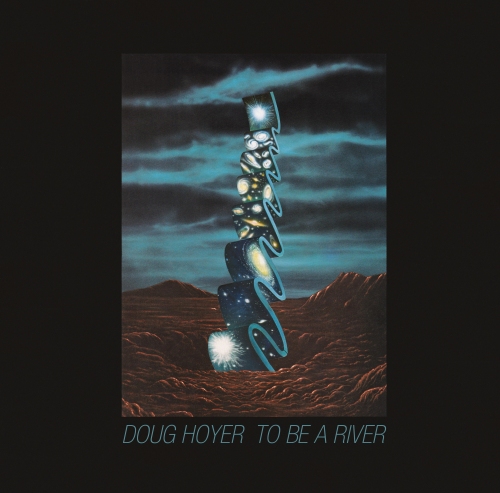 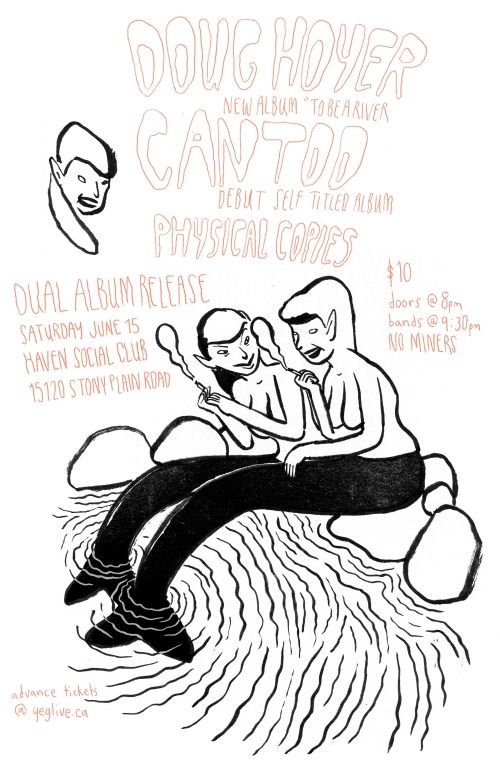 Mikey Maybe’s long awaited debut full length has arrived. This pop rap masterpiece is an artifact of early 21st century courting rituals. Don’t sleep! The album appears online on May 21st. Pre-orders are available now. The release show on June 6th with Mitchmatic, The Joe, and Big Ben, will see the arrival of the plastic spinnerz. It’s at Wunderbar, Old Ugly’s artistic cradle, and will be cheap and dirty. See you then, friendos. Scroll down for show info and streaming singles! 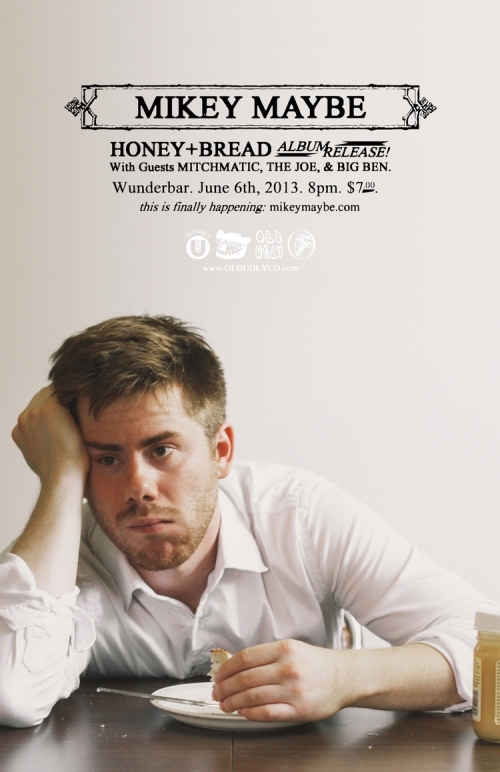